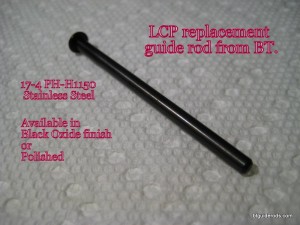 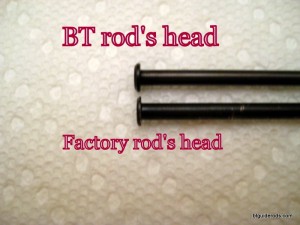 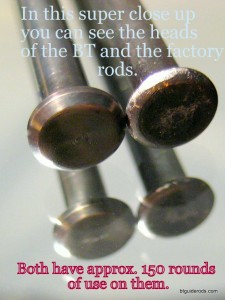 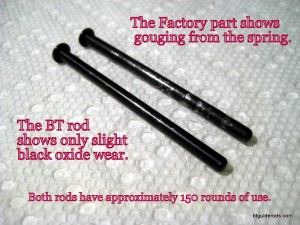 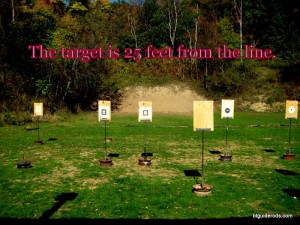 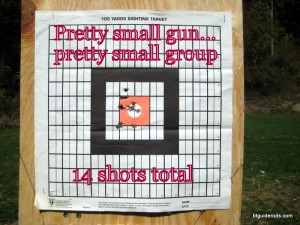 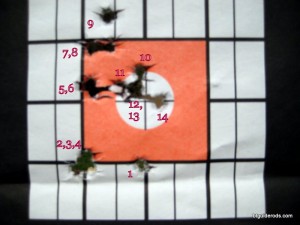 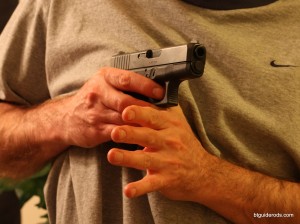 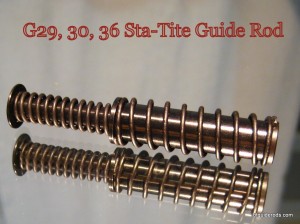 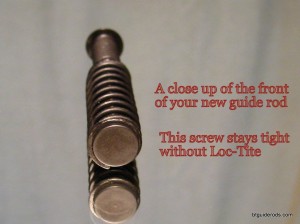 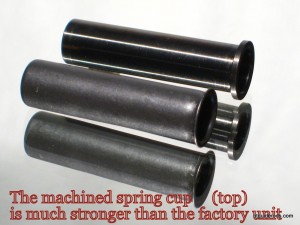 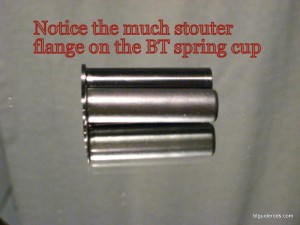 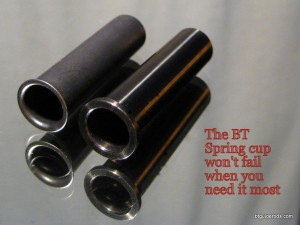 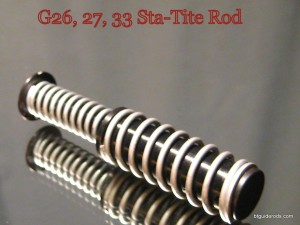 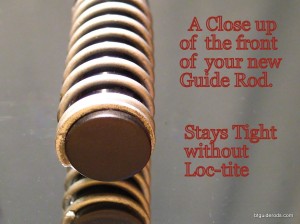 BT adds the P99c to the Sta-Tite series due to popular demand. 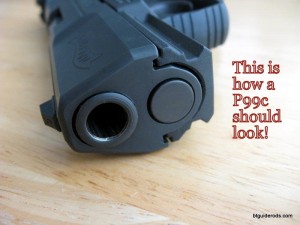 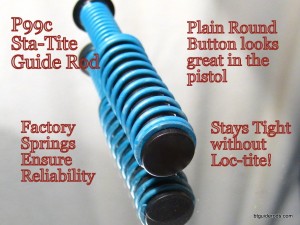 Like all BT Sta-Tite rods, the rod is 17-4 PH H1150 Stainless steel, hardened to 32 rockwell and black oxided.

The screw is 300 series Stainless steel and available in three finishes.  Black to blend with the gun, Polished as a nice accent or to complement a polished barrel and Bead blasted which looks great with nickel plated controls.

Of special interest are the extended guide rods for the PPQ 5″ Models featured the official German 48N spring and an extended screw that adds additional weight to the front of the pistol and cosmetically finished off the aesthetics of the gun by fill the void in the slide with stainless.

Let’s face it. Manufacturers are using molded plastic guide rods as a cost cutting measure. Plastic guide rods offer “adequate” performance and durability for their intended purpose for most shooters. Statistically, they hold up well. Replacing the plastic rod with a B~T rod is a surefire way to eliminate this weak link while improving the recoil characteristics of your gun.

Sometimes the smallest changes make the biggest difference, especially for the person holding the pistol.

A stainless guide rod will NEVER break, melt, chip, crack, warp, flex or anything else that guide rods aren’t supposed to do.

A top notch stainless guide rod from B~T WILL cycle more smoothly, add weight under the muzzle, and give you peace of mind that your pistol will function reliably without breakage.

Sta-Tite Guide Rods for the PPS are in stock ready to rock.

This assembly will drop into both the M2 variant as well as the Classic.

The rod is made from 17-4 P.H.-H1150  hardened to 32-34 Rockwell C.  This material wears well, resists corrosion and provides for a strong threaded joint when coupled with the…

Screw which is machined from 300 series Stainless Steel and features a plain round button.  Bead blasted and black oxide treated, this screw will enhance the aesthetics  of your pistol.  No hex head screw in the front of your PPS!!

The rod and screw feature a  proven thread design that will Sta-Tite without Loc-tite. 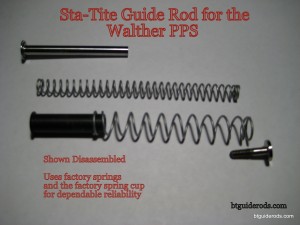 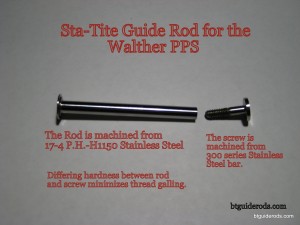 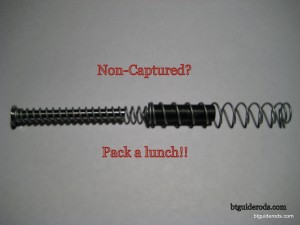 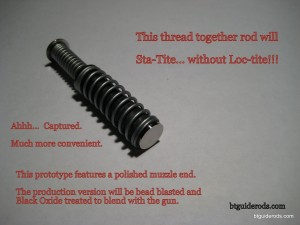 The factory spring assemblies are $42.00.

The PPS uses the same recoil springs in 9mm and .40sw.

There are three options for you to choose from.

1) Buy a rod with new factory springs installed @ $74.00  and keep your stock assembly as a backup.

2) Buy a rod and a toolkit and use your existing springs @ $70.00.  This way you’ll be ready to swap new springs on when you need them.

Hopefully one of these options most closely fits your needs.  If, for example, you’d like a rod with springs and a toolkit, simply select option 1 then add “just the toolkit” from option 2.  Need one toolkit and 3 rods but using your existing springs?  No problem!  “just a toolkit” and then “PPS Sta-Tite rod only” and select the finish.

PPS Sta-Tite rods are currently available .   PPS Springs are in stock.   The Walther toolkit works with PPS, PPQ, P99 and P99c rods and is in stock.

Please send an email to:  [email protected] with any questions.

PS…  Sorry about the double watermark on the pics!

Uh-oh… it seems you almost bought a premium guide rod for your pistol.

If you have any questions about placing an order, feel free to contact us.

Rest assured that when you do place an order the guide rod you receive will exceed your expectations.

Your order has been placed with the paypal shopping cart service and B~T Guide Rods has received an email notifying us.

We will send a shipping confirmation email when your order ships.

$16.00 may seem a little high for a spring so let’s rationalize it in several ways…

1) the M and M-A1 aren’t even in current distribution in the US. which means…

2) Steyr isn’t producing or exporting recoil assemblies from Austria in any great quantity.

3) BT removes the spring from the factory plastic rod, meaning that part of the $16.00 went to covering the cost of the rod and the cost of putting the spring on the rod.

4) If you decide to experiment with an alternate spring, you’ll likely pay $8 + $5-$10 in shipping just getting the spring to your door anyway.

THEN, you get to figure out how many coils to clip to make it both travel fully rearward AND solidly lock the slide into battery.

THEN you’ll likely spend $20 on ammo so you can drive to the range and test to see if it works. If it doesn’t?… back to square one.

Knowing this, $16.00 starts to look like a deal for a drop-in reliable part.

Some people just have to tinker with their pistols to get them the way they like them. If you’re one of those who likes the thought of taking on a little project in the pursuit of personalized Steyr perfection, B~T offers guide rods that use Glock sized springs for your Steyr M/M-A1 Series. A close match would be an 18 pound G19 spring